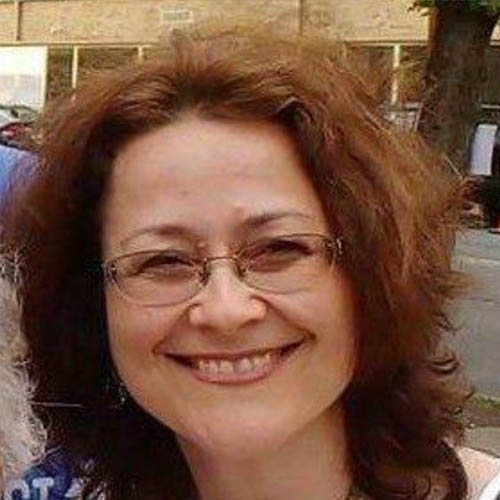 The Good Men Project: The Sacrificial Rite of Circumcision 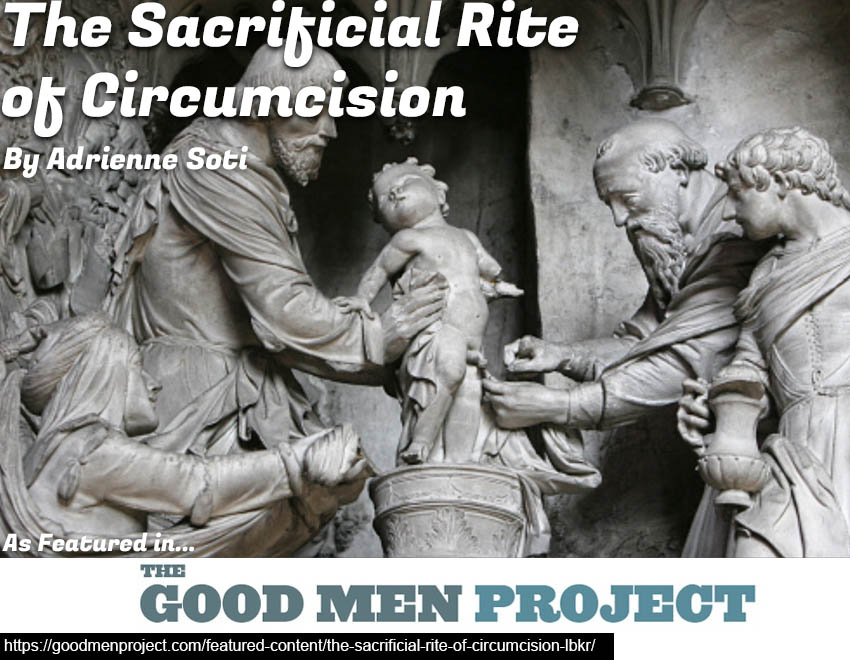 The Sacrificial Rite of Circumcision

It’s our humanistic duty to resist if the law lacks the integrity to stand up for children.

—
When I first heard of Eric Clopper’s one-man show Sex and Circumcision: An American Love Story whose first performance was at Harvard’s Sander’s Theater last Tuesday, I was a little anxious. I’d seen the promotion for the show in the weeks leading up to the show all over campus in the form of inflatable penis costumes — I assumed it was going to be too racy for my taste and comfort level. This was immediately alleviated when Clopper came on stage, more Steve Jobs than an inflatable penis, wearing jeans and black tee and possessing the preternatural intensity of the best engaging TEDTalk speakers.

Clopper’s stage presence was phenomenal. He spoke briefly about himself and his experience growing up Jewish just outside Boston, going on to study physics at Colgate University, where he played rugby, and his first encounter with an uncircumcised penis in the locker room at an away game in Scotland.

I was blown away.

He began by describing the numerous physiological functions of the foreskin in the order that he became aware of it—relaying his reactions to learning these facts in a funny, almost stand-up routine style. He scrutinized the most recent AAP recommendations, highlighted misleading statistics with data to back it up and pointed to the numerous conflicts of interest the AAP members have.

Clopper periodically would return to a former anecdote and add a bullet point to his list of “Clopper’s Five Censored Facts”:

A discussion of the implications of these facts followed: That most males born in the United States first quasi-sexual experience is that of pain and torture—something that circumcised males will never know since they will never know the natural sexual experience of having an intact (as opposed to circumcised) penis. How that inherently damages the natural inclination of maternal and infant bond in ways impossible to fully comprehend. Or ever to restore.

Clopper suggests that our religious ideologies have failed us. Noting that if you are a Christian and are circumcised you are in direct violation of Christian teachings and that this adoption of the Bris Milah in Judaism is essentially a mandate to commit an extreme act of sexual violence against children.

That given we have a country that is supposedly based on the separation of Church and State, doctors are in direct violation of the Hippocratic oath’s prime directive—First, do no harm—and how the laws of our nation are in dereliction of duty and should force religious communities to comply with the law. Clopper underscored this point that it’s our humanistic duty to resist if the law lacks the integrity to stand up for children

I became aware of how the legal system in our country has failed us: there have been an anti-female genital mutilation (FGM) laws on the books since 1996 but no correlating anti-male genital mutilation (MGM) laws. How our parents often make the wrong choice due to the routine nature of the procedure and the belief that doctors have their son’s best interest at heart.

It made me realize how insane that this choice even exists. The magnitude of this crime cannot be overstated. Once he finished making his case against circumcision, he unveiled his view of what must be done moving forward. Clopper suggests that the word uncircumcised must be banished from our vocabulary and must be considered normal.

People must understand that circumcision is a substitute for ancient and barbaric Biblical child sacrifice and noted that an entire generation of males are increasingly against circumcision because they know that this is not the natural state of the penis.

He discussed his 21st Century solution to a BCE problem: Foregen, the foreskin regeneration company he co-founded. In addition, he wants anti-MGM laws to expand to protect bodily integrity. “We can either be a civilized society or a circumcising one, but we cannot be both,” he said. He also noted that much of male brutality against females comes not only from an over-arching patriarchy—but actually is directly related to men’s desensitization due to being circumcised and how this contributes to a culture of sexual violence that we are morally incumbent to end.

Clopper then showed the trailer of the documentary American Circumcision, which sent chills down my spine. I’ve understood that circumcision was a human rights violation for some time now and have even contributed to the cause in many ways, but it was absolutely refreshing and energizing to hear him come out so unapologetically against circumcision.

In a couple of instances, he teased the audience endearingly to offer to show his own penis to demonstrate how, through hard work, he stretched his penile skin to cover his penis, and went as far as opening his fly to reveal his red underwear, but bashfully zipped up.

Then he paused. This was the apex of his presentation. His face turned solemn as he stood there without his shirt and announced that the play was just about to begin. What followed was a startling emotional outburst of his rage about his body having been violated and of his father not acknowledging this. There was no escaping the validity and weight of his reaction.

Some people did get up and leave at this point which I found very rude but perhaps this was the point they came face to face to something that made them extremely uncomfortable. Or they actually had to go – who knows, it was past the expected ending time for the show already. He segued into a very powerful indictment in places spiced with colorful language. Had he not built such a damning, air-tight case, this accusation would likely have sounded extremely offensive, but at this point in the show was cathartic. I can imagine that those hearing some of these lines out of context would find them disturbing. In the context of Clopper’s intense and deeply personal struggle to come to terms with the damage inflicted on his most intimate parts, the bitterness and rage seem well-founded.

There is no price tag on what was stolen and ripped from men, he roared. As an ending to his outburst in which he called circumcision an unspeakable evil and called upon his fellow Jews to interrogate this practice and unmask it not as a holy covenant but purely genital mutilation. He implored the audience to safeguard children’s fundamental human rights. As he disappeared from the stage and people were still clapping, a pre-recorded video began to play on the projection screen showing Eric walking in the hallway and being told by a voice that the audience is clapping for him to return. In response, he appeared on stage again, dancing to the beat of a dynamic pop tune, completely naked, holding Britney, his rubber doll girlfriend, in front of him and then mimicking all sorts of sexual positions. This unabashed comedic relief nicely balanced the previous shock of his dramatic outbursts in which he drew in those present to intimately experience his personal agony. Now he drew the crowd back together, as if to say, “But we are not defeated by what has been done to us. We can come to terms with our damaged bodies even to the point of letting others see us as we are. We can laugh together and connect on a human level with each other.” Besides, it was clear that some of the college students had come looking for a more kinky and playful performance, so in the end they had something worth waiting for – and to remember for life. It could also be interpreted as a rebellious vindication towards all those who tried to control sexuality through circumcision.

Overall, I was floored by Clopper’s 2.5-hour tour de force. His command of the English language is impressive, his grasp on the issue unmatched, and his showmanship unrivaled. Seeing Clopper’s raw emotion, feeling his bitterness and rage from the damage inflicted on him by the sacrificial rite of circumcision, serves as ‘The Wake-Up Call I Needed’ to return to my advocacy to protect children from unnecessary surgery and harm.