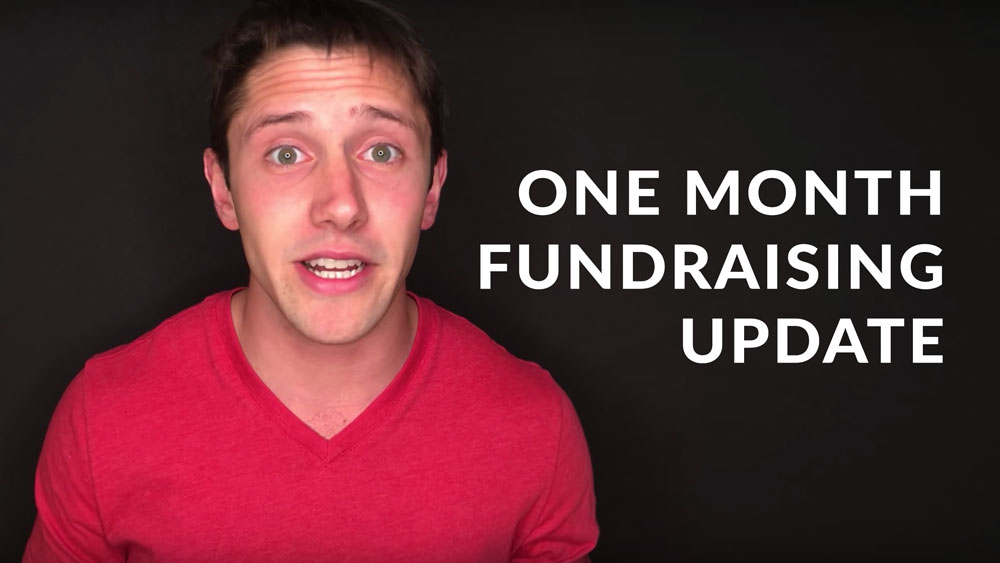 Hey, guys, it's Clopper here. It's been a month since we started fundraising for the Clopper v Harvard lawsuit, and I just wanted to give you some updates.

So for me, personally, I just got back from my five-year reunion at Colgate University, and that was a fun event. A lot of people were like, "Clopper, what are you doing? What have you been up to? We've been following it," which I'm happy to say made a name for myself, people are paying attention, which is good, as they should be. So mostly I've been kind of reading, working out, just preparing for the next phase. And when that comes, you will know, I assure you.

But in terms of a one-month update from the last fundraiser, so we have, and this is just putting out a short YouTube video, we have a third of the people needed to pledge a dollar a day to pursue this lawsuit, which is huge. A third is huge, and it's not like I've been doing interviews and all this, which I'm a hundred percent down to do probably at the end of this month or next, and you take a look, because I know pretty much how most things work, I really do, and you give me two hours and the powers that be start going crazy.

I know far more than what I disclosed at Harvard, but I did my best to get everything, what I considered most important in two hours, but I do understand the ancillary problems beyond just cutting up fucking babies, right? Obviously you can't do that. That's just ludicrous. It really is.

But I don't want to get sidetracked. This is mostly kind of a one-month update, so again, I'm looking to raise $150,000 to sue Harvard, and that is an enormous amount of money for one person, but for hundreds of people over a protected period of time it's really not that long. And if you take a look at how fundamental this problem is to our society, there are hundreds of people who can donate a dollar a day. You just go to www.clopper.com and we will get this done, because this is an important lawsuit.

Because remember, guys, for the intactivist community and others who are trying to defend children from religious dogmatists and baby mutilators, I am your champion. I really am. Because at the end of the day, I may be liable by people who may come from another country but use an American pseudonym or anonymous editorial boards, but at the end of the day, the baby mutilators are going to need to produce a human being to contest me. There needs to be a person, and they have no one. They have no one. And they know it.

I've talked to pseudos, like public intellectuals in our culture, and it was literally like talking to children, it really was, like Sam Harris, Eric Weinstein, that you could see the fear in Sam Harris' his eyes when I was talking about how horribly unethical Judaism is and mutilating babies. He's like, "Well don't criticize Judaism," and there may be some reason that he is fearful. Or Eric Weinstein and his indignant attitude, like, "How dare you criticize this baby mutilating ideology that I identify with," and trying to couch his sympathy for Islamophobia, because that religion also suffers from, you could argue, the mental illness of mutilating the sex organs of children. Because something is wrong with you mentally and, likely, physically, if you're cutting up baby sex organs. I mean, it's just a fact.

I mean, that's essentially the basis of my complaint. It's not whether or not you agree with me or you're wrong and stupid, it's I have the right to voice these opinions at any university, and if you don't like it, well that's why we have freedom of speech. It's actually in our constitution as well, our godless, secular constitution, [inaudible 00:04:00].

But already this video's extended past what I already kind of envisioned. Just wanted to give you a quick update. I'm still looking for donors. I'm coming back hot, don't worry, within a month or two, and if you've emailed me to ask for an interview, you know, follow back up or I'll follow back with you in probably the end of June or July. I'm happy to talk about this at length, either this issue or other problems.

For those of you in the Boston area, I will be at Boston Pride on June 8th representing solidarity with the LGBQT community and sexual freedom and freedom from these obviously damaging and harmful dogmas which manifest in a variety of pathological behaviors in our society, and the most obvious and blaring one is the fact that we mutilate the sex organs of children. But, again, so if you want to meet me and you're in the Boston area, I'll be at Boston Pride on June 8th with the intactivist contingent.

Other than that, I hope that you support me. I am your champion. We will get this over the finish line and we will pursue this important lawsuit verse Harvard with your support. So if you've go to www.clopper.com and pledge a dollar a day, I'll send you my book and we can connect and we will get this done. We really will. But I need your help. I spent all my money on my show, which I would do again, but at this point in time, this is what I need for us to move this forward.

Anyway, so thanks again for watching. I hope you subscribe, donate if you can and we will be in touch in the coming months. All right, thanks guys.

Other
Updates
By
Eric Clopper
See All →