My Publicist is Scolding Me 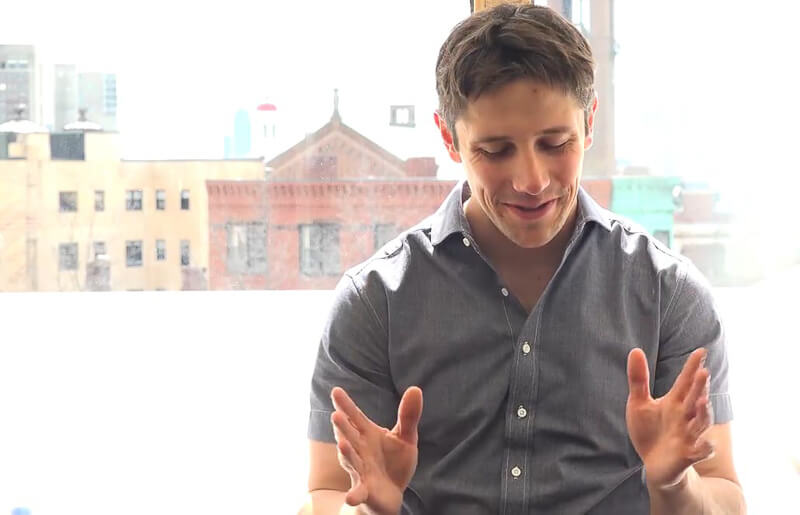 Hello everybody. It's Eric Clopper here again, making another update video leading up to the premiere of my play at Harvard University titled Sex and Circumcision and American Love Story.

Now I'm making this video because I've been reprimanded by my publicist. He has told me that my videos come off as strident and egotistical. Now, naturally I said, "Me? That's impossible." But he challenged me. He said, "You need to make a humble video." So here it goes, starting now.

So I've mentioned this before but I was invited to give a lecture on this topic at Cornell during the Sexual Health Week, and it was received very well. It was received well. And what I learned from that was the penis jokes. The students love the penis jokes. They ate them up. And I took note of that, and I turned that lecture... And it was a me style lecture. So it was by no means dry. Just going back down below. But I put the penis jokes on the most outrageous form of steroids for decades.

And the reason why I think this play is so important is it's about sex and circumcision. So there's the narrative, the storytelling is weaved into a narrative. This is an actual play, and it is really funny and clever. I know that's not humble, but it's objectively true. And you'll see, and I actually have a friend who said, "You come off as Dr. Jekyll and Mr. Hyde when you're promoting these." And the reason is I know what's in the play. I know what I prepared for you, and it warrants that level of enthusiasm. But I'm going back to humble now.

But it is about sex and circumcision, whether or not it has an effect and you know what it is. And we talk a lot about sex in this culture and in life. And that's because we're programmed to be reproduce. I mean, some people say that is the reason why we're here. Wildlife exists is to continue to reproduce itself and sex is the mechanism in which we do that.

But the reason that I had invested so much time and energy into making this play, doing all the work, leading up to it and whatnot, is because obviously sex is a big part of life. And what I realized when I graduated college was... Bear with me. I'm trying to be on humble, but I was a physicist and I made some minor contributions in thermodynamics and quantum tunneling. And I was decent at it, and yet I realized like what a fundamental part of life this was and how I knew nothing about it.

I knew nothing about sex. No, I mean like I've had sex in various places and people whatnot. Not like gratuitous by any means, but I didn't know certainly what I know now, which certainly colors how I view sex in this culture and whatnot.

When I started reading books about [circumcision], when I read my first book, I was like, "Whoa, nobody knows any of this. And it's incredibly important and relevant to everybody." So I just kept reading and I kept reading. And after years and half a decade goes by and I realized, "Whoa, I understand what's going on."

You need to know. You really do. I will tell you my own personal story. I will go into... Weaved within the narrative of the play. It's really something that you need to see. Something that like I'm not super thrilled of doing, but since I'm going to do it, I'm going to put everything I have into it. I think that you'll appreciate the effort. I hope.

I've given other talks and some people have said, "You know, I've seen your stuff on YouTube and..." Well some some saw in other universities or conferences and it's like, "It's really good."

This is not humble, but that was nothing. It really was nothing. This is what I have to offer. And it will be... I'm just going to do it. It will be the greatest Tuesday night ever. But yeah, it's important, and it's important to me if you have... If you know me, if you respect at least who I am and what I stand for, at least in some way, I would really appreciate if you took the Tuesday night. It's $7. It comes with parking. It's cheaper than parking. If you need to park at Harvard Square, just buy a ticket. It all goes to the Jimmy Fund. I didn't do this for money. I have people who were willing to fund this project because they believe it's important as well. And I think that you will... I mean, I've designed it so it's impossible to ignore. But I think that if you go, you'll say, "Wow, like this is something that had to be done and it was well done."

And I totally veered off humility. I'm doing my best, but I'm not going to lie to you either. But anyways, that was my update video. I'm going to try to be more human moving forward, and thank you for your time. I won't disappoint you. This is going to be one hell of an event. All right. Thank you, guys.

Other
Videos
By
Eric Clopper
See All →