My Play is Controversial? 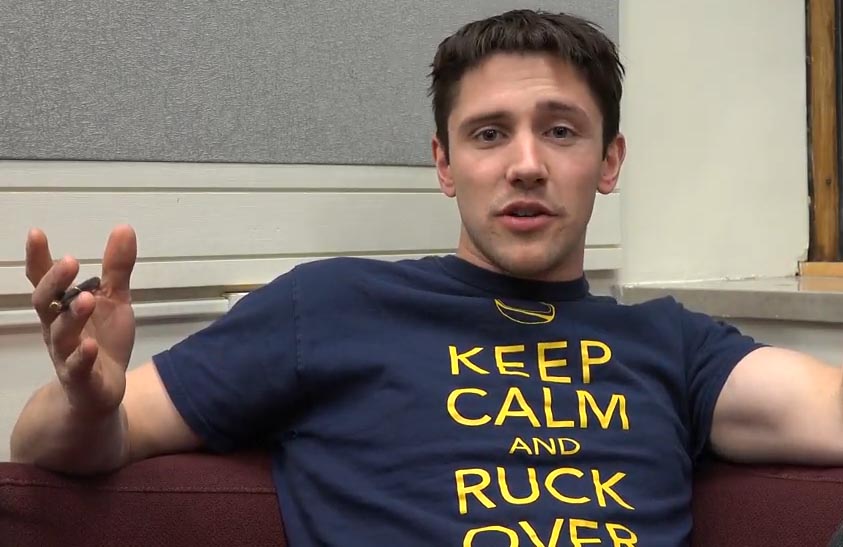 Hello everybody. It's Eric Clopper. I'm creating another video for my upcoming play "Sex and Circumcision: An American Love Story" in Harvard's Sanders Theater.

I'm creating this video to be released on April 1st in one of the rooms at my department here at Harvard. I'm wearing my Keep Calm and Ruck Over shirt. It's a nice little rugby reference, the dirtiest job in rugby. As you will see, Mr. Clapper does not shy away from dirty.

But yeah, I wanted to talk about some other elements of my upcoming play. So I've been told ... it's news to me, but,

I've been told that this play is potentially controversial. I don't see why. Everything I say is self-evidently, accurately correct, but still, that's what I've been told.

So I just wanted to make this brief video to express my thanks, because Harvard's in no way hosting or endorsing it, but they did allow us to rent Sanders theater.

I do want to thank Harvard for underscoring their commitment to remaining a bastion of freedom: freedom of thought, expression and speech. And even our newest president, Lawrence Bacow, has underscored his commitment to keeping Harvard a bastion of freedom of thought. He's even saying we must remain vigilant, these are his words, that our campuses remain open to new ideas.

Well, oh boy, do I have some new ideas for you. But, yeah, just wanted to say nothing should be controversial. Just a funny play with recurring tropes and jokes.

And while you're there, you're more than welcome to take your phone out as long as you're not obstructing people behind you, and Periscope or Facebook live, whatever apps the kids are using these days. I have designed this talk, or this play, to make it literally impossible to ignore. It will be a social media firestorm, and if you are there in person, it will be that much better. Tickets are only $7. I'm going to include a link below, and I hope to see you there. You will regret not going, I can promise you this.

But anyways, thank you for your time, and I hope to see you on May 1st. Thank you.