I Have Written you a Play! 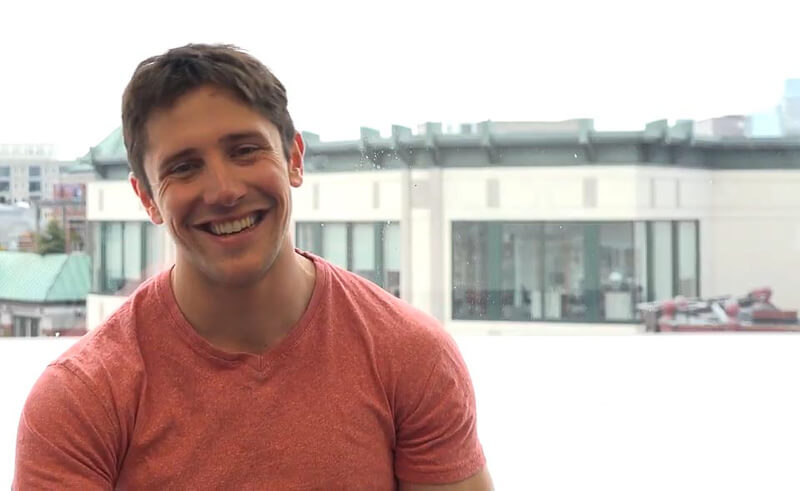 Hello, everybody. This is Eric Clopper here again, promoting the premiere of my upcoming play on May 1st at Harvard University, titled Sex & Circumcision: An American Love Story. Now, yes, it is as bizarre as it sounds. I've gotten a lot of questions about this and in this video series where I address certain elements of the play or certain things leading up to it and then afterwards we're going to have a whole ... different things to deal with. But one of the biggest recurring questions I've gotten is, "What is going on? What are you doing? What is this?" My answer is, this is a play. I have written you a play. One of my old friend's joked that I'm a playwright now and I guess that's true. But it has all the elements of a play, character introduction, development, even has a love story weaved throughout, a Clopper-style love story, very heartfelt and touching.

I will show you just how touching it is. There are embedded morals and overarching metaphors, one hell of a climax, and I will show you what I mean by that. And then a touching denouement, which is just a fantastic word. So it has all of the elements of a story, and we watch stories all the time. That's oftentimes how we learn things. I mean, usually in movie form because it's what most people spend most of their time doing, but sometimes in play form, like this one's in a play. Now, the difference with my story, my play, whatever you want to call it, is it's mine and I'm an insane person. I am insane. But I'm in touch with my insanity.

As I've gotten older, I've realized everybody's insane. We're all insane. We haven't insane elements to us, things that don't make sense, things that are incongruent, things that we don't want, but they're there and they're not going away. It's a certain level of self-awareness that you receive as you get older. And at least for me, meditation has helped a lot as well. But, yeah, so the difference with this is it's mine and I don't have a lot of patience for arbitrary rules, as you will see. This is a no-holds-barred play, a Mr. Clopper play, which is crazy that that people were like, "Yeah, you put on a play. Let's host it." Be like, "Okay, I'm going to give you exactly what you want." But I just wanted to assure, you making this video to assure you, that yes, this is an actual play. I've given earlier versions that were less geared towards making the story.

This one is an actual play. They were well received. But this is ... I really do believe that you will appreciate the work put in and how it's presented and the story in general, a lot of twists and turns. I'm trying not to get like all excited, Dr. Jekyll and Mr Hyde, trying to be more human. But it's something that you will say, "Wow, I'm glad that I went to that." And I would like to be ... I'm trying to be more humble, but it's just true. Like you'll say, "Wow, that was one hell of a play. And I'm glad I went on a Tuesday night of all places and I was able to donate $7 to the Jimmy Fund to pay for it and parking."

But anyways, yeah, that's this update video. I hope to see you at the premiere of my play. And then afterwards, who knows? With a full production team, full-time, we could get really weird with it. I mean, it's already really weird, but beyond what is conceived. I hate to use this example, but a certain person who came into office kind of changed the rules. This is a rule-changing play, the societal-cultural goals. But anyways, thanks for watching and I'm sure we'll be in touch soon.

Other
Videos
By
Eric Clopper
See All →