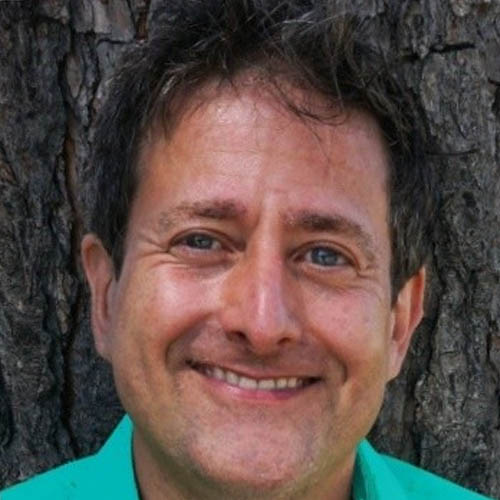 Clopper featured in Men's Health: He Wants His Foreskin Back (and He Just Might Get It) 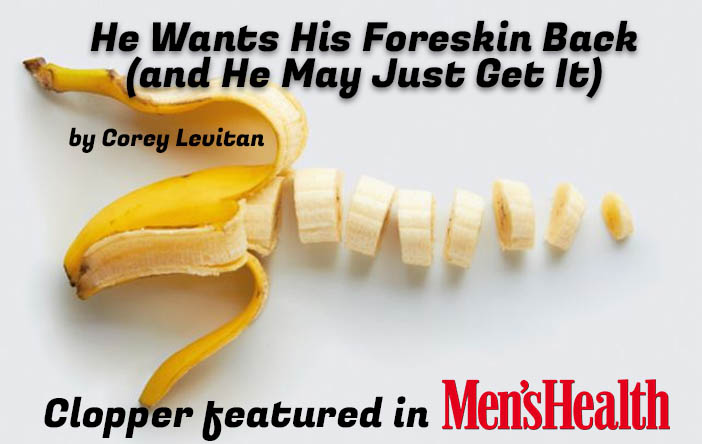 He Wants His Foreskin Back (and He Just Might Get It)

Not happy with that circumcision you never asked for? You may soon get a second chance with custom-made foreskin

BY COREY LEVITAN AND GETTY IMAGES

As many Americans re-evaluate their thoughts on male circumcision—and there's an ongoing debate about whether circumcision is necessary—it's too late for most of us who were subjected without a say in the issue. Or is it?

A company called Foregen claims it will be able to grow a custom-made foreskin in a lab, in the not-too-distant future, using your own stem cells, and surgically "re"-attach it to your penis.

"Other body parts have been regenerated in a similar manner," says company spokesman Eric Clopper. "The foreskin, of course, introduces unique challenges, but nothing in the medical field suggests that our goal is unattainable within the next few years if we are properly funded."

I volunteer myself for the first human trials. And if you're wondering why I would consider such a drastic measure, my circumcision removed about 15 square inches of skin that, in adulthood, would have boasted 20,000 nerves wired directly to my brain's pleasure center.

Also disappeared were my penis' natural lubricating, gliding and protective functions. This left my head and shaft exposed to the air to dry out, and give Jergens Lotion its leading off-brand use.

To me, that pretty much defines a drastic measure. As Clopper explains, "The foreskin is the primary sensory tissue of the penis.”

All I know is that my little guy has never functioned at what I imagine his full potential to be. (Warning to everyone who always writes "TMI" on my Facebook threads: skip from here to the next paragraph immediately.)

I am only sensitive on one tiny area on the underside. This is what most of us call our G-spot. For me, it's my O-spot, for "only." Touching my penis anywhere else feels like rubbing my arm.

Foregen says it won't begin clinical trials until 2020—and that's if their funding comes through. (So far, they have $100k of the $3 million they seek, with a KickStarter campaign launching in March.) Until then, there is another option.

The TLC Tugger is a cup-like plastic-and-metal device that stretches the remnants of your circumcised foreskin into a facsimile, nanometer by nanometer. It's sold by a company "near Chicago," and costs anywhere from $32 to $88 for the full "kit," which comes with an array of handles, hoses and tubes that looks like something from a meth lab.

"It's inconceivable that someone who has restored foreskin will experience everything he might have had if it'd been left intact," says TLC Tugger inventor Ron Low. "But the benefits of restoring are undeniable."

If you're anything like me, however, you are making that scrunchy face right now at the very thought.

"Tugging should never be painful," Low responds. "When you put on your tugger, it should stay comfortable for the four hours you wear it before lunch. If it does get a little uncomfortable, if you're lucky, you can get to a situation where you can get some privacy and readjust."

I've experienced "a little uncomfortable" down there before. (Trust me, you don't want the details.) And umm, yeah, I think I'll wait to see how the stem-cell dudes make out first.

Because I never like discounting any major sides to an issue, my last visit on this quest was to a rabbi. And not just any rabbi. Yitz Wyne is the spiritual leader of the Young Israel Aish congregation in Las Vegas. These are the Orthodox Super-Jews you see walking to schul in black wool suits on Saturday mornings.

Frankly, his reaction threw me for a loop. Quoting his father, Rabbi Wyne admitted: "Circumcision is the most barbaric thing you could ever do to a little child. It's incredibly barbaric. You take a little baby, eight days old, totally helpless, and you cut a piece off of him."

He continued: "But what can you do? God tells you to do it. Period.

“It might be true that when a person loses their foreskin, they lose physical sensation,” Wyne explained. “But from a Jewish perspective, there's more than just the physical. There's the spiritual as well."

As someone who would like to have it both ways, I asked the rabbi if, for the right price, he'd be willing—should Foregen ever perfect its procedure—to enter a medical facility and bless my re-attachment surgery.

Through the convulsive laughter and hand-clapping, I was able to make out: "We'll cross that bridge when we come to it."